In the next 10, 20, and 30 years, the Fourth Industrial Revolution will upend and transform the world through new technology for better and worse. But what is an industrial revolution, and what does it have to do with technology? Plus, how will society change?

The etymology of the word ‘technology’ has its roots embedded in the Greek words, ‘techne’ and ‘logos’. ‘Techne’ means knowledge of art, skill, and craft. Whereas ‘logos’ means word, reason, or expression. So in a sense, ‘Technology’ is the outward expression of art, skill, or craft.

It is also worthy to note that there are different categories of technology.  Technology begins with tools, and different applications of technology have assisted the development of civilization since mankind discovered fire in pre-historic times. The same fire that can be used as a source of light to increase productivity during the night can also be used to burn and destroy uncontrollably.

Throughout history, industrial revolutions have occurred through the gradual adoption of newly invented technologies.  When simple tools are adapted, and combined to work together they become complex machines. Machines are technologies that offer repeatable forms of leverage, by providing more-for-less efficiencies that could be adapted in different ways. For example, a sewing machine saved time and made hand stitching obsolete. Machines are tools that do very specific tasks well and generally produce more for less so they have transformed social and economic activities over time and established new standards of living.

The First Industrial Revolution marked the transition from an agrarian to a handicraft economy that began in Europe around 1760. For more than 100 years, the ways of communication, transportation, and economic production have gradually become more efficient and effective. Technological advancement through the continuous development of machinery, steam engines, and the use of coal revolutionized agricultural and economic productivity.

By the 1860s, the advent of large-scale steel production, mass manufacturing, electrification, and the development of railways ushered in a new phase of industrial advancement which was termed as the Second Industrial Revolution.  Starting in the 1880s, the world’s first personal automobiles became commercially available and its adoption steadily improved.

The Second Industrial Revolution was built upon the successes of the first and the standard of living continued to improve because scientific understanding of physics, chemistry, and biology became formally disseminated and systematically studied at universities and colleges.

However, the macro-social, and economic progress of industrial revolutions also resulted in unintended consequences. Accidents and abuse was common and there was a lot of uncertainty associated with the transition from old to new forms of technology.

As early as the 1940s, the Third Industrial Revolution slowly began to spread globally from the West starting with greater advances in print and broadcast mass media plus personal transportation. By the 1960s, advances in nuclear energy research, telephone communications, automation, and prototypes of the internet were all being developed. Throughout this time, research and development in electrical engineering, material and computer sciences began to bring inventions such as the giant mainframe computers and microchip technologies that eventually progressed to the point of the smartphones we have in our pockets today.

One point evident throughout the broad historical overview is that while technology is fundamentally nonpartisan, the development and use of technology has often been politically motivated and used as a competitive advantage against one another.

For example, the ‘west’ that consisted of British, French, Spanish, Portuguese, Dutch, and Americans were technologically more advanced and were able to invade and hold colonies in different parts of Asia during the first and second world war 1. However, since then, countries in Asia have experienced their own industrial revolutions and are catching up to their Western counterparts through technological transfers.

During the latter stages of the second world war, in 1944, the Bretton Woods Conference represented a gathering of delegates from 44 nations that met to discuss, plan and create a new financial framework with corresponding technologies that would control the global post-war reconstruction via an international monetary system.

To facilitate the global economic and infrastructure reconstruction, the International Monetary Fund was created, and the United States Dollar was selected as a common, reserve currency. This decision exemplifies the political application of technology as, since the Bretton Woods agreement, the United States was considered the de facto financial leader of the world. International trade transactions and commodity pricing are mainly conducted in U.S. dollars. Presently, approximately 88% of foreign exchange transactions are U.S. dollar denominated, and it also makes up 59-62% of all international central bank reserves.

As a result of growing international trade, countries in Asia have been able to integrate around the world and boost their standards of living in a shorter amount of time than it has taken the West to go through previous industrial revolutions due to globalization and international trade.

Today, countries in Asia are more developed than ever before. According to the United Nations, ‘61% of the global population lives in Asia (4.7 billion)’.So through demographics, the global political order is shifting from a unipolar to a multipolar world order .

Historically, the West was the dominant military, economic, and technological advanced power in the world. But Asian countries like China and India have been able to leverage their large population’s labor force and use the economies of scale through globalization to make significant investments and rapid technological advances.

Moreover, India now supplies more than 50% of the global demand for different vaccines. India’s Ministry of Education’s various initiatives, like the development of Indian Institute of Technologies (IIT’s) has become the gold standard for young people to grow into world class Tech CEO’s. For example, Microsoft’s Satya Nadella, Alphabet’s Sundar Pichai, and Twitter’s Parag Agrawal. Technological powerhouses such as IBM, Adobe, Palo Alto Networks, Wayfair, VMWare, and Infosys are all of Indian descent.

In 2017, Klaus Schwab of the World Economic Forum published the book, ‘The Fourth Industrial Revolution’. This book highlights some of the upcoming technological developments in artificial intelligence (AI), robotics, the internet of things (IoT), autonomous vehicles, and 3D printing among other technologies that are poised to disrupt the norms, and bring upon creative destruction and establish new standards of living.

China is now home to several multi-billion dollar companies that are leading the Fourth industrial revolution. From the field of 5G telecommunications, AI and IoT software, drone robotics, and autonomous electrical vehicle technologies, they are:

While all the companies above have multicultural teams and customers internationally, it is important to note that many of these large Chinese conglomerates are partially owned by the Communist Party of China.  State owned enterprises may have ulterior political agendas, and act as an arm to enact policies.

For example, according to the China Global Television Network, China has the ‘largest number of state-owned enterprises (SOEs) in the world that are more than 150,000 in number.’ Additionally, every year in China, there are two sessions of the National People’s Congress where delegates of the Communist Party meet to announce their national socio-economic and political goals for the year within a broader 5-year economic plan.

In conclusion, the Fourth Industrial Revolution is poised to elevate the standard of living for billions of people with new and amazing green technologies. One of the outcomes of this process might be a continued rebalancing of power between countries in the West and East. These new opportunities could give rise to greater Chinese government surveillance and political influence as Rush Doshi, founding director of the Brookings China Strategy Initiative, says ’China’s leaders have often seen technology and economic exchange through a political lens’. 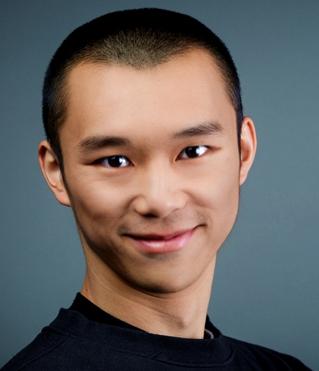 Donald Leung is a modern world Historian and creator of newsography.com, a global headline news aggregator and database. He is an investor in natural resource exploration across Africa, and South America.  He completed his Bachelors of Social Work at the University of Windsor, Ontario, Canada.